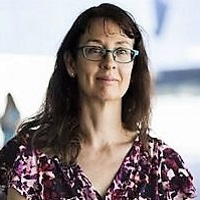 Deborah Lupton is Centenary Research Professor in the News & Media Research Centre, Faculty of Arts & Design, University of Canberra. She is leader of the Smart Technology Living Lab at the University of Canberra, and the co-leader of the Digital Data & Society Consortium. Her latest books are Digital Sociology (Routledge, 2015), The Quantified Self (Polity, 2016) and Digital Health (Routledge, 2017), as well as the edited volumes Digitised Health, Medicine and Risk (Routledge, 2016), The Digital Academic (Routledge, 2017, co-edited with Inger Mewburn and Pat Thomson) and Self-Tracking, Health and Medicine (2017). Her current research interests all involve aspects of digital sociology: digital health technologies, digital data cultures, self-tracking practices, digital food cultures and the digital surveillance of children and young people. 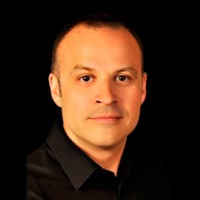 Dave Holmes is a Professor and University Research Chair in Forensic Nursing (2009 – 2019), School of Nursing, Faculty of Health Sciences, University of Ottawa. To date, Dr. Holmes received funding from CIHR and SSHRC, to conduct his research program on risk management in the fields of Public Health and Forensic Nursing. Most of his work, comments, essays, analyses and research are based on the poststructuralist works of Deleuze & Guattari and Michel Foucault. His work has been published in top-tier journals in nursing, criminology, sociology and medicine. Professor Holmes has published over 130 articles in peer reviewed journals and over 50 book chapters. He is co-editor of Critical Interventions in the Ethics of Health Care (Routledge, 2009), Abjectly Boundless: Boundaries, Bodies and Health Care (Routledge, 2010), (Re)Thinking Violence in Health Care Settings: A Critical Approach (Routledge, 2011), Power and The Psychiatric Apparatus (Routledge, 2014), and Radical Sex Between Men: Assembling Desiring-Machines (Routledge, 2017). He has presented at numerous national and international conferences. He was appointed as Honorary Visiting Professor in Australia, Canada, Indonesia, the United States and the United Kingdom. Dave is a founding member of the Helsinki 7 group. 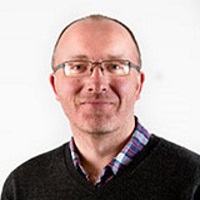 Dr. Nicholls is an Associate Professor in the School of Public Health and Psychosocial Studies, AUT University, Auckland, New Zealand.  He is a physiotherapist, lecturer, researcher and writer, with a passion for critical thinking in and around the physical therapies.  David is the founder of the Critical Physiotherapy Network, an organisation that promotes the use of cultural studies, education, history, philosophy, sociology, and a range of other disciplines in the study of the profession’s past, present and future.  David’s own research work focuses on the critical history of physiotherapy and considers how physiotherapy might need to adapt to the changing economy of health care in the 21st century.  He has published 35 peer-reviewed articles and 17 book chapters, many as first author.  He is also very active on social media, writing more than 500 blogposts for criticalphysio.net in the last three years.  David has taught in physiotherapy programmes in the UK and New Zealand for over 25 years and has presented his work all around the world.  The End of Physiotherapy – the first book-length critical history of physiotherapy, and written by David – was published by Routledge in mid-2017.